Grand Hotel in Sopot is not just a hotel. It is iconic in the skyline of the resort and an important part of its history. Built in the 20-ies, soon it did become a symbol of luxury and elegance. Even the period of grey communism could not change it. Those times there were few hotels in Poland – especially the ones with equally high quality standard. In 1970 the first Polish disco came into being in the hotel…

But let’s get back for a while to the interwar years. In 30-ies an exclusive casino in the hotel was established. Many fortunes were lost. The public opinion was thrilled by many scandals and even a few wretches attempted to commit a suicide after losing all a mint.

At the beginning of the World War II the hotel was Adolf Hitler’s General Headquarters guarded by more than 200 SS men. Also Hermann Göring resided here from September 1939.

After the liberation of Sopot on 23 March 1945 the hotel became a headquarters of the Red Army. Russians who were responsible for plunders and destruction on the seized territories were also planning to pull the Grand Hotel down. It is said that the hotel only escaped this fate thanks to a bribe. The price for saving the hotel was one bottle of vodka…

In the Polish People’s Republic period, the hotel was kept under surveillance of communist secret services and the hotel director was a member of the Security Service of the Ministry of Internal Affairs.

The hotel hosted many distinguished figures: kings, presidents, prime-ministers, politicians as well as many music and film stars. In the communist times it was a cultural ‘window to the world’. It is still the main host hotel for the stars of Sopot Music Festival. The hotel itself ‘acted’ in many films, it is a subject of quite a few Polish songs.

Although there are many luxurious, prestigious hotels in Poland now, there are only a few with such atmosphere like in the Grand Hotel in Sopot. 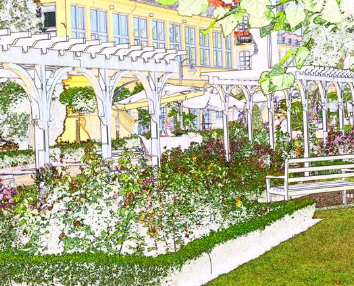 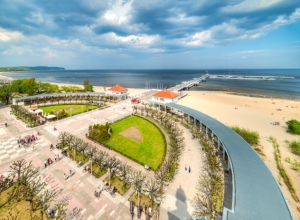 Sopot – The Pearl of The Baltic